Tilney, the award winning UK wealth management group, is pleased to announce financial results for the year ended 31 December 2018. These demonstrate the robustness of our business model in a year of volatile markets during which we continued to invest in the business.

“2018 was another year of strong underlying financial performance and continued strategic progress for Tilney against the backdrop of volatile markets and political uncertainty. We have reinforced our financial position, completed a major systems upgrade and continued to invest in the business. We have a broad range of award winning services and our investment track records are highly competitive and among the best in our industry. This has enabled us to achieve healthy net business generation in a challenging environment. We have added to our talent pool through new hires and acquisitions and we will continue to seek further opportunities to expand our teams over the coming year. Tilney has a truly scalable platform for future growth and I believe is exceptionally well-positioned to capitalise on the opportunities ahead.”

I am pleased to report that while 2018 was a challenging year for financial markets and investor sentiment, it was nevertheless another strong year for Tilney.

Revenue of £228.9 million was consistent with record levels achieved last year (2017: £226.5 million) despite a flat market during the first three quarters of the year and a market downturn during the fourth quarter. Stability in our revenues was underpinned by the fact that 87.6% of those revenues are recurring in nature albeit correlated to the value of assets under management and thereby impacted by market movements.

Adjusted EBITDA, which we believe is the most appropriate measure of our underlying profitability, was also resilient at £87.4 million (2017: £90.1 million). This reflected a combination of consistent year on year revenues but also a programme of increased investment in people and initiatives that we expect to be earnings enhancing in 2019 and beyond. Adjusted EBITDA as a percentage of Net Revenues2, a measure of business profitability and efficiency, remained high at 43.7%.

On a statutory reported basis, which includes one-off exceptional costs and non-cash items such as amortisation and depreciation, we made an operating profit of £22.9 million (2017: £18.3 million).

Our underlying financial strength was validated by the successful refinancing of our debt-funding arrangements during the latter part of the year. The refinancing has enabled us to reduce coupon, diversify our lender base and extend the maturity period. The refinancing process involved considerable due diligence by banks and credit ratings agencies and we therefore regard this as a vote of confidence in our robust and scalable business model.

2018 saw renewed volatility in the markets, with negative returns from equities in the first quarter as US-China trade tensions escalated. While markets recovered during the second and third quarters, supported by record levels of share buybacks in the US, the year ended with a particularly turbulent fourth quarter, as investors reacted to a combination of concerns including US monetary tightening and worries about a slowdown in global growth. The fourth quarter saw sharp declines across most asset classes, with global equities declining 11.7 % over the quarter (MSCI World Index, capital return, in Sterling) and the MSCI WMA Private Investor Balanced Index retreating 7.95% over the same period. Over the full year, returns for both global equities and UK equities were negative and the MSCI WMA Private Investor Balanced Index delivered a -7.18% price return.

Like other wealth managers, over the fourth quarter our assets under management were not immune from weak markets and reduced from £24.4 billion at the end of September to £23.0 billion at 31 December 2018 (2017: £24.1 billion). However, the full effect of market declines was mitigated by a combination of strong relative performance in discretionary investment mandates, which comprise 76% of our assets, where over the quarter we experienced an average negative 5.9% impact on assets. As well as being ahead of the MSCI WMA Private Investor Balanced Index our analysis of recent public disclosures indicates that we outperformed our key listed competitors on a like for like basis over that period3.

Our relative investment performance was also strong on a full year basis. The performance track records for our bespoke Personal Investment Management Service (PIMS) and centrally managed Multi-Asset Portfolios (MAP) are measured and validated by Asset Risk Consultants (ARC), a leading independent consultancy, and compared to the average of the track records of other UK private client investment managers. Over the year all of our PIMS strategies and MAP funds beat their ARC benchmarks and were ranked in the top quartile for the Equity Risk, Growth and Balanced categories and in second quartile for Cautious portfolios. On a five year basis our performance is also top quartile in three out of four categories, demonstrating competitive long term performance delivered across a variety of market conditions.

2018 was another strong year for new business generation with £2.9 billion of gross new inflows, equivalent to 12.0% of opening assets under management. Net flows also remained positive at £549 million, down 5.3% on the prior year (£2017: £580 million) but against the backdrop of an 84% reduction in retail net fund flows across the industry according to the Investment Association. This is a very solid foundation for future growth and will be further enhanced by investments made in digital and data driven marketing and other business development initiatives.

During the year we also addressed two major new regulatory developments, in the form of MiFID II and GDPR. This involved considerable work (costing £1.3m cumulatively) but will have a significant ongoing impact on all wealth managers, emphasising the need for a strong risk management framework, appropriate resourcing to ensure compliance and continuing to offer great value for money to our clients. All of our staff have undergone training around cybersecurity, data protection and MiFID II.

We have invested over £16 million in new technology and systems over the last two years to enhance client service and improve operational efficiency. The migration of client portfolios and processes to IRESS XPLAN completed during the year, with the whole business now operating on an integrated wealth management technology platform. The completion of this complex and strategically important migration now means that we are progressing with the decommissioning of legacy systems, with the resultant cost savings.

Our business model seeks to leverage the benefits that scale brings in terms of investment in resources, technology and marketing while also ensuring that clients receive a personal, boutique-like service provided by a trusted professional in their area.

Having streamlined processes and upgraded our systems to support our offices, we have created regional commercial hubs across the UK to allow for swifter local decision making and improved accountability. We believe this model will also further enhance the attractiveness of Tilney as an employer of choice, strengthen retention, and appeal to owners of advice firms who are considering a sale.

People are our most important asset and to grow the business we have been active in recruiting further talent. Our hiring programme in 2018 included a significant scaling up of our Investment Management team in Manchester and the recruitment of a new team in London focused on Ultra-High Net Worth clients, as well as hires across a number of other locations. Recruitment will remain an ongoing priority.

As part of our growth strategy, we seek opportunities to augment organic growth with acquisitions of high quality businesses that are a strong cultural fit with Tilney. We have considerable experience successfully integrating both financial planning and investment management businesses, having combined eight businesses of varying sizes since 2014.

At the end of 2018 we announced two further acquisitions with cumulative assets under management of over £500m: Index Wealth Management, a Sutton Coldfield based firm, and the London based wealth management division of accountancy firm Moore Stephens, by way of a business transfer agreement. Both deals completed in early 2019.

A Year of Multiple Awards

In Bestinvest we have a well-established, online business with an excellent reputation for client service. We have been upgrading both the visual identity and journeys on the Bestinvest website and are working on plans to expand the proposition, so that we can better support those who would benefit from access to simplified advice in selecting an appropriate investment strategy. With our proven pedigree in investment management, ability to support clients both online and over the phone, and an established digital brand in Bestinvest we have all the components in place to deliver such a service.

It is encouraging to note that markets have begun 2019 with a very strong start, buoyed by the US Federal Reserve signalling further interest rate rises would be put on hold. Global equities, as measured by the MSCI World Index, saw a 9.4% capital return in the first quarter. The sharp change in fortunes over a relatively short period is a reminder that one of the compelling reasons for choosing a discretionary investment manager is that they can adapt accordingly to changing market conditions and opportunities. With our strong performance track records, delivered across periods of both rising and falling markets, we are confident of the value we are providing to clients.

In summary, we have reinforced our financial position, completed a major systems upgrade and continued to invest in the business. We have a broad range of award winning services and our investment track records are highly competitive and among the best in our industry. This has enabled us to achieve healthy net business generation in a challenging environment. We have added to our talent pool through further hires and acquisitions and we will continue to seek further opportunities to expand our teams over the coming year. Tilney has a truly scalable platform for future growth and I believe is exceptionally well positioned to capitalise on the opportunities ahead.

About the Tilney Group

Tilney is a leading investment and financial planning group that builds on a heritage of more than 180 years. Our clients are private investors, charities and professional intermediaries who trust us with over £23 billion of their assets. We offer a range of services including financial planning, investment management and advice and, through our Bestinvest service, a leading online platform for those who prefer to manage their own investments. We have won numerous awards including Wealth Manager of the Year, Best Discretionary/Advisory Wealth Manager, Best Low- cost SIPP Provider and Best Investment Platform 2018 as voted by readers of the Financial Times and Investors Chronicle; Best Advisory Service in the 2015 City of London Wealth Management Awards; and Investment Award – Cautious category in the Private Asset Management Awards.

Headquartered in Mayfair, London, the Tilney Group employs over 1,100 staff across our network of 30 offices, enabling us to support clients with a local service throughout the UK. 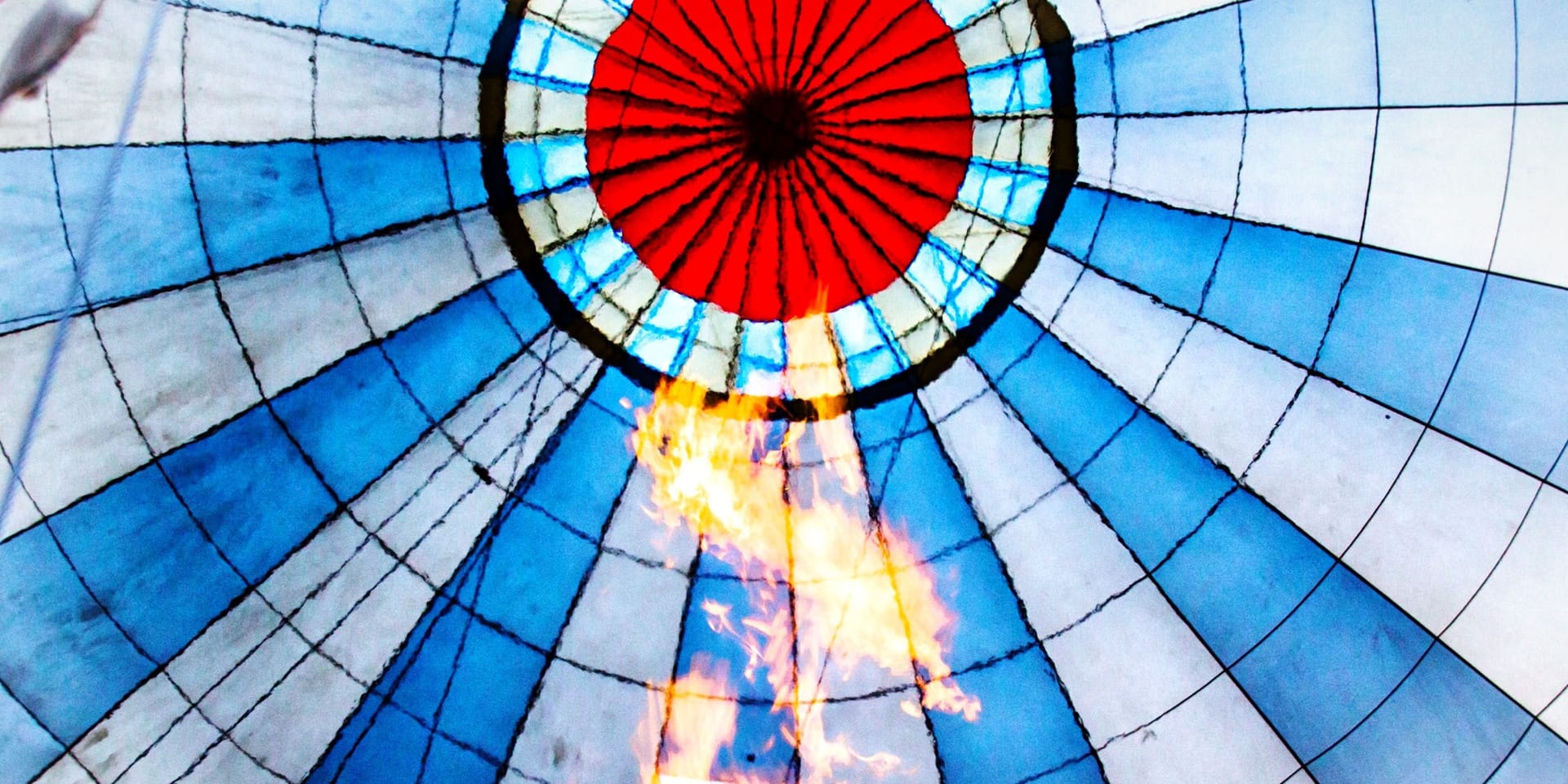